The British nation has yet again caught baking fever, as the fifth series of Bake Off reaches its tense conclusion tomorrow, Wednesday 8 October. Baking fans have this year seen The Great British Bake Off (GBBO) promoted from BBC2 to BBC1 and given its very own reaction show, An Extra Slice, where keen amateurs can show off their own home-baked creations.

For many of us, the appeal of baking lies solely in the anticipation of the finished results - yet, while we may all enjoy the taste of homemade cakes, biscuits and loaves, there's a growing wealth of anecdotal evidence to suggest that the great British baking revival may be as much to do with its therapeutic benefits as it is with the eating.

GBBO judge Mary Berry once advised: "if you're feeling a little bit down, a little bit of kneading helps", and 2012 Bake Off champion John Whaite, who lives with bipolar disorder, has fast become one of the country's biggest evangelists for baking as therapy, likening it to "a form of pill-less Prozac". He personally has avoided prescription medication to treat his illness, instead combining baking with talking therapies and exercise. 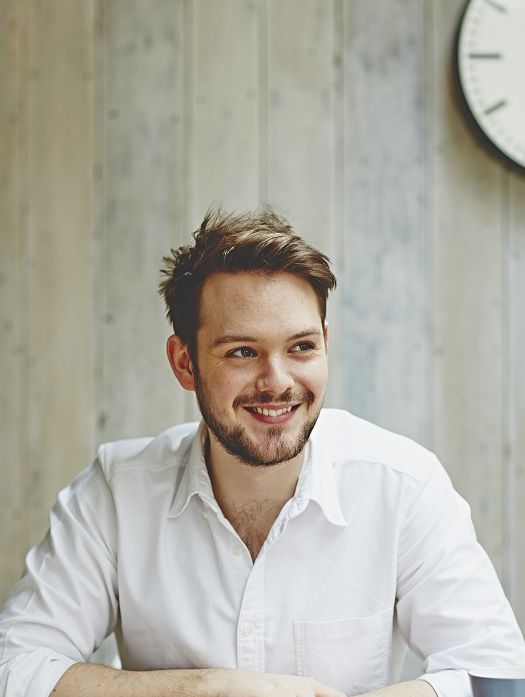 There's something so calming about the weighing out of the ingredients and working through the recipe.

Since winning The Great British Bake Off two years ago, John Whaite has gone on to open his own artisan chocolate shop and cookery school, and published two books, one of which contains a chapter on mood-boosting recipes.

Speaking to findatherapist.co.uk about his experience of mental illness, he says: "Baking for me is certainly a therapeutic thing. There's something so calming about the weighing out of the ingredients and working through the recipe itself. That gives you time to get organised, which, when suffering from a mental health issue, is often the one thing you don't ever feel."

He adds: "The process too is a constructive one. So if you can muster up the strength to get into the kitchen and turn the destructive energy into something constructive, then you're going to make yourself feel a lot better."

If you can get into the kitchen and turn the destructive energy into something constructive, you're going to make yourself feel a lot better.

We asked some findatherapist.co.uk therapists what it is about baking that's so good for boosting your mood and how, like John, you can effectively combine it with other forms of therapy.

Registered Art Psychotherapist Karin Angstrom Ludwig believes the creative, tactile aspects of baking could have similar benefits to Art Therapy, as "they both facilitate a meaningful experience through the transformation of simple components into an end product that inevitably carries something of the creator," she says.

"Just like in other creative activities and therapies, the process is as important as the end result," she adds. "The process of baking can be rather 'meditative', providing a simple focus, encouraging you to be mindfully present in the moment without over-thinking. Baking also carries strong symbolism in our culture, associated with nurture and goodness, which may contribute to a sense of comfort and stress-relief."

The process is as important as the end result.

Karin believes that baking may be particularly useful as a form of occupational therapy for those affected by conditions such as depression, personality disorder, bipolar disorder and schizophrenia, by "helping to develop planning skills, short term memory and the ability to focus - all of which may suffer in mental illness. By providing a structured 'projection platform' it can help turn, for example, manic and erratic negative energy into something constructive, and offer a 'safe' outlet for emotions."

And, whichever type of therapy and/or medication you choose alongside it, she believes that "baking can be a good 'self-help tool' to complement other therapies, helping to maintain well-being and a sense of 'control' in between sessions. The great thing about it is that it is something most people are able to do, and ingredients and tools are easily accessible to all."

Registered Psychotherapist Stephanie Mattioni teaches on a course at Kids Company, where, she says, "there are waiting lists for therapeutic cooking clubs because these are so popular in developing self-confidence, self-esteem and [providing] the rewarding benefits of a nurturing and nourishing sharing environment."

She believes that: "baking is great for all ages, bringing all the senses together in a profoundly fulfilling way. Mental illness or personal distress can be isolating or alienating, disconnecting the individual from the community or the desire for life. Baking enables people to rediscover their hunger for living, and the joy of sharing in creativity and human relationships."

Baking enables people to rediscover their hunger for living, and the joy of sharing in creativity and human relationships.

Registered Psychotherapist Kate Meadowcroft too sees parallels between baking and her work as an art therapist: "I look for opportunities to engage with the client's imagination. So, on the topic of baking, I have sometimes asked clients to visualise themselves making a cake. In the therapeutic dialogue that follows intuitive creativity, words are found for particular feelings, wishes and fears that had existed outside of [their] awareness. In accessing those aspects of self, the conscious personality becomes more rounded, and subtle inner change and healing takes place."

As well as her own work as an art therapist, Kate has seen first hand the therapeutic powers of baking, through a social enterprise bakery at the community mental health centre where she works. She says: "The Better Health bakery in Hackney offers trainee placements to adults in the community who are recovering from mental ill health. The bakery produces artisan handmade bread and I have heard from trainee bakers about the therapeutic impact of this traditional craft. Kneading dough is calming and contemplative and there is the added satisfaction of making a finished product that has aesthetic and social value."

She adds: "As adults in our society we too often become alienated from our sense of touch and become overly controlled by our busy minds. Yet the sense of touch is our earliest tool for orienting ourselves in the world and activities that re-engage our tactile knowing have the capacity to restore grounding in the here and now, along with increased feelings of safety and belonging."

However, the competitive element of GBBO, Kate points out, adds a less than therapeutic element of mental pressure - one that we're sure John will empathise with during Wednesday's final: "Taking part in a real-life competition shifts the holistic activity of baking into quite another realm, adding the stress of creating under pressure, our human hunger for recognition and fear of failure, all balanced with the ambitious wish to succeed!" She hopes audiences will spare a thought for the mental well-being of Richard, Nancy and Luis as they compete to be crowned this year's baking champion.

If you are concerned about the issues raised in this article then you may like to read about finding the right therapist for you. If this route is not appropriate for you, your GP can assess you and direct you towards support.