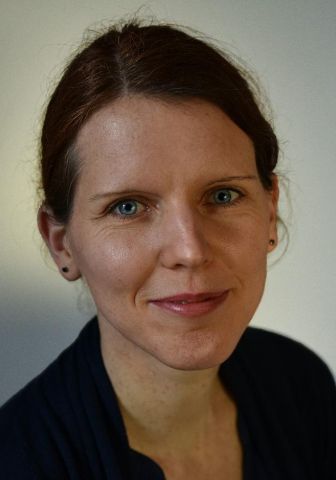 Try one session, to see if you feel comfortable with Corina, and decide if therapy may help you.

The National Institute for Health and Care Excellence (NICE) suggests counselling for
Counselling centres on listening to you, and assisting you. You determine which issue regarding your early years and/or adulthood you discuss. An objective of counselling is to enable you to speak about a difficulty and discover a way forward which is appropriate for you.

Psychotherapy focuses on you, and you obtaining insight into the difficulties you face. It considers your thoughts, emotions and relevant moments in your life. Psychotherapy aims to help you change or discover appropriate ways of managing.


Becky, 39, gave a review of 5/5 after 19 sessions
21 August 2020
Corina was always very open, and I especially appreciated that she never assumed anything (something I had found a problem with a therapist in the past). Her quality of listening and empathy allowed me to share more than I thought I could. She didn't judge or draw her own conclusions, but just reframed what I brought to the session so that I could get a new perspective on it. I always felt that she really understood what I was saying. Corina has a really broad knowledge of her field and different approaches - I was exploring meditation for the first time outside of the sessions and I found it inspiring to share this experience with her. I've found the effect of our sessions to be transformative especially of my close personal relationships, and self-esteem.
Rating of Therapy:
Reply Pending Check
Corina Voelklein's reply
21 April 2021

Anonymous, 32 from London, gave a review of 5/5 after 20 sessions
20 September 2019
Warm and welcoming. Open to varied types of therapy, gives a sense of compassion (not to be taken for granted in a therapist!). Good at checking in what I think, possible changes in therapy. Good at giving practical tips how to cope with difficult situations outside the therapy room.
Rating of Therapy:
Reply Pending Check
Corina Voelklein's reply
21 April 2021

Dan, 32 from London, gave a review of 5/5 after 7 sessions
12 April 2018
Really welcoming, easy to talk and open up to. Corina really helped sort things out in my muddled head. Can't express how much Corina helped me through a very troubling time. Thank you very much Corina. I would highly recommend and will be using Corina again if i need to in the future. Again many thanks Corina.
Rating of Therapy:
Reply Pending Check
Corina Voelklein's reply
21 April 2021

Rachel, 39 from London, gave a review of 5/5 after 6 sessions
31 October 2016
Corina is a fantastic listener, and asked me questions in the first week (and beyond), that I had not thought to ask myself before. This then allowed me to work my way through issues that I had not considered, the results of which provided a foundation of understanding that I could then build on. I was given breathing space to talk about what I wanted, all in a very safe and comfortable environment. I highly recommend Corina.
Rating of Therapy for Relationship Problems:
Reply Pending Check
Corina Voelklein's reply
21 April 2021

Anonymous, 40 from Camden, gave a review of 5/5 after 20 sessions
30 September 2016
Understanding, sympathetic, wise, measured, fun. An ability to identify the source of a problem and make clear suggestions to help solve it.
Rating of Therapy:
Reply Pending Check
Corina Voelklein's reply
21 April 2021

Ailsa, 23, gave a review of 4.67/5 after 12 sessions
22 March 2016
Corina is kind, compassionate, and a good listener. I felt at ease with her from around the time of my second session. I think that she was a good judge of my character, and of my issues: she would spend a good time of every session simply listening to my problems, but she would also interject when she felt that she could offer a different perspective. I thought that the methods that Corina encouraged me to practise were compatible with my general way of thinking, which is quite structured; I also like to write. She was also good at gently challenging me: for instance, when I struggled to be more spontaneous, she suggested I 'set aside' time in which to act impulsively, which I found was difficult but ultimately helped me.
Rating of Counselling for Self Esteem:
Reply Pending Check
Corina Voelklein's reply
21 April 2021

Anonymous, 40 from London, gave a review of 5/5 after 36 sessions
19 February 2016
I appreciated Corina's skill to sum up my thoughts and feelings in particular. She is thoughtful, calm, friendly and funny. Her fluency in German and English was very important to me. She helped me to identify situations of high stress earlier and to develop a better skill set to tackle my issues.
Rating of Psychotherapy for Anger:
Reply Pending Check
Corina Voelklein's reply
21 April 2021